Drop in and see what’s going on around town this month!

“Each February, Black History Month honors the achievements and contributions of African-Americans to the country. Celebrate throughout the Denver metro area with lectures, dramatic performances and music.” Event Schedule! 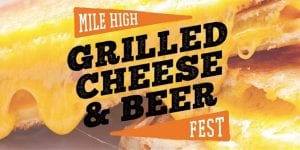 “Cheese is EVERYTHING, and when you grill it, the world is a measurably better place to be in. Welcome to the festival that brings you the best gourmet grilled cheese anywhere for an event that is sure to leave you feeling full and satisfied. Sample grilled cheese bites made by local chefs and participating restaurants in an array of styles. Don’t miss out on your chance to try them all and vote for your favorites! In between bites, enjoy sampling from a variety of craft breweries, live entertainment, games, and more!” Tickets & More Info!

“George Lopez is a multi-talented entertainer whose career encompasses television, film and stand-up comedy. Lopez hosted the TBS late night talk show Lopez Tonight, which represented his return to series television after his groundbreaking hit sitcom George Lopez. Most recently, Lopez was seen in the film El Chicano, he also produced and starred in the inspirational drama, Spare Parts, and the FX comedy series Saint George. Visit lucyrestaurant.com for dining before the show.” Tickets & Show Times! 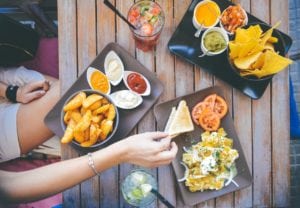 “Discover the Rocky Mountain region’s oldest, largest and most prestigious garden and home show – a 9-day spectacular event – where you can find inspiration from the latest ideas and trends in landscaping, gardening and home improvement. Enjoy the multitude of fragrances as you stroll through more than an acre of professionally landscaped gardens – 11 in all. Talk to representatives from more than 650 companies from 25 states and Canada. Visit with the region’s gardening gurus and home improvement experts about the best ways to move your home and garden projects forward.” Tickets & More Info!

February 27th to 29th: Star Wars: Return of the Jedi in Concert

We hope you have a great February!