The current real estate market in Denver and the surrounding counties is similar to the one we saw in June, July, and August. In short, the number of houses for sale is up dramatically in recent months. At the end of September, the number of active listings was up almost 94% from last year. In the most recent tally, there were 7,683 homes for sale. Average home prices were up, at around an 8.5% increase. The days on market were also up. It is now taking an average of 26 days to sell a home, as opposed to 13 days last year. And finally, the number of sales was down again in September, at around a 30% decline from last year. 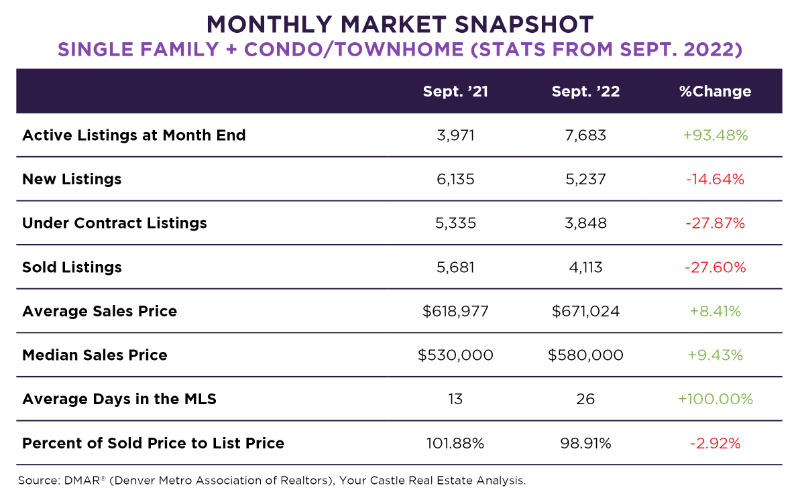 So, what does this all mean? To answer that, it’s important to have a historical perspective. It’s easy to feel like we’ve shifted into a buyer’s market with a 94% increase in inventory. Although the recent spike in inventory has made things a bit easier on the buy-side, it’s also critical to realize that this time last year featured the lowest housing inventory count in over thirty years. A 94% increase sounds dramatic but in reality, it was a big jump from next-to-nothing to still-not-enough. Inventory is still about half the historical average of 15,700 homes on the market in September. We are also well short of the 4-6 MOI (Months of Inventory) needed to move into a balanced market. In September, MOI was only about 30 days (1 month). Negotiations are getting a little easier for buyers this fall, but there is still big room for improvement when it comes to having enough for-sale housing in our market.

Since we experienced such a heated market in the spring, some sellers are really struggling this fall. The sellers having the hardest time typically try to fight against their agent’s recommended sales price for their home (however, it is the seller’s decision in the end) or they try to use a comparable home from the spring to help them justify their desire to overprice. It’s important to know that most houses have not only been selling at asking price over the summer but in September there were examples of price reductions showing up again in the MLS. You can see in this month’s market snapshot that homes sold for an average of about 3% less than asking price in September 2022 vs. last September. Although we are not yet in a balanced market and negotiations are still in favor of sellers, it is important not to overinflate your home’s value. Especially in the seasonably slower Fall/Winter market. In addition to price reductions due to overpricing, keep in mind that overall demand has started to cool as we enter Q4, fueled by ever-increasing mortgage rates, the recent stock market tumble, and fears of a probable global recession. Our in-house experts anticipate that the current slowdown should continue until around February 2023. So, if you’re thinking about selling your home and your timeline is flexible, it may be in your best interest to hold off on selling until spring.

Mortgage Interest Rates Are Still on the Rise
Mortgage interest rates have continued to increase by a quarter-point to a half-a-point at a time since March. There has been a dramatic rise in rates in a short time span. In fact, rates have not reached the level they are at today (just shy of the 7% mark) since 2002! However, keep in mind that although rates are literally double what they were at the start of the year, and as a result, monthly payments will likely be higher than they would have been before — there is a silver lining in that there are still more houses to choose from in these slower fall/winter months. If you need a new home and can afford it but would rather wait to see what the market does, consider that home prices are not expected to decrease. Rather, they will likely continue to gain value, albeit at a slower rate. If you are torn between locking in a 7% interest rate at today’s prices, with almost 8,000 homes to choose from, or sitting on the sidelines and waiting for greener pastures, consider that things will likely be even more difficult for buyers come spring. Rates have been on a steep incline lately, and prices are likely to be even higher by the time you start up your search again. Plus, rents are increasing all the time! At least if you buy instead of renting, you will build equity over time, which is one of the main ways American families build wealth. 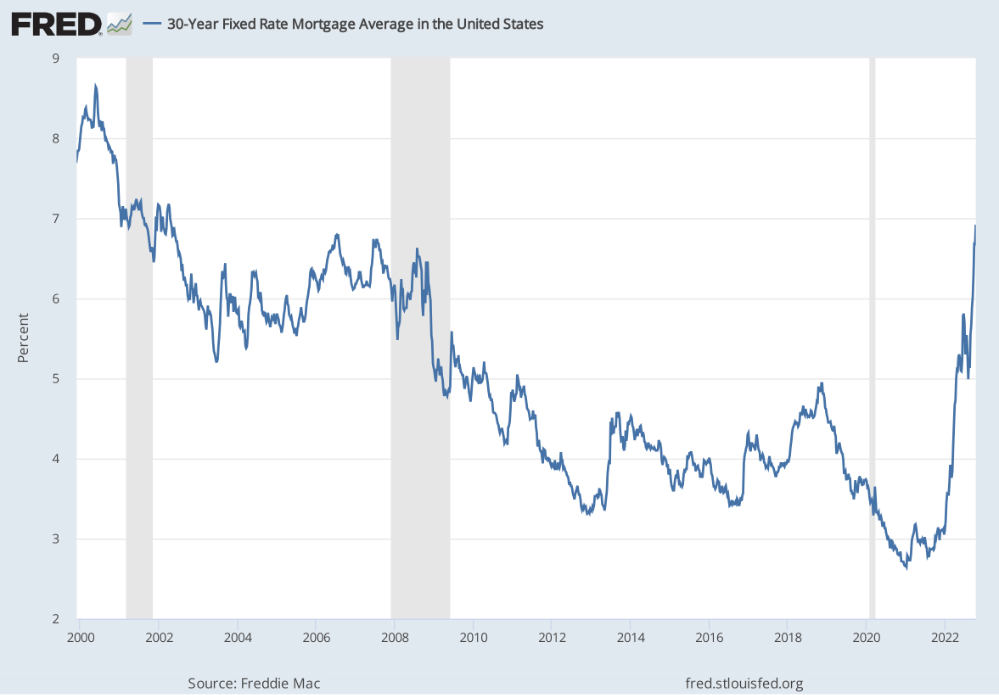 *We use reasonable efforts to include accurate and up-to-date information. The real estate market changes often. We make no guarantees of future real estate performance and assume no liability for any errors or omissions in the content.

As always, feel free to contact us if you have questions or are interested in making a move.