Media Frenzy vs. The Facts

Many people we’ve spoken with have no idea what to think about the current housing market. The media is leading people to believe that we’re in another housing bubble. A few sources are even predicting a rapid decline in home prices when “the bubble” finally bursts. We’re here to cut through the noise and provide a no-nonsense snapshot of the current market.

The media is trying to liken what’s happening today to what happened back in 2008/2009. In reality, there’s little evidence we’re in a housing bubble. One major factor is the job market. Back in the days of the Great Recession, the unemployment rate hovered around 10%, making it hard for people to afford their mortgages, many of whom should have been considered unqualified to receive their loans in the first place. Lending standards today are much healthier than they were during the days of sub-prime mortgages. As of April 2022, the unemployment rate was just 3.6%, significantly lower than in the Great Recession. A healthy jobs market goes a long way toward a stable housing market. Additionally, even if unemployment does spike, most existing homeowners have enough equity in their homes that they would land on their feet if they did need to sell.

What should be more of a concern from an economic perspective is that the “yield curve” inverted in March, which is one of the best leading indicators of a recession. Once this change happens, it takes 18 months on average for a recession to occur. We have already begun to see some investors panic in the current “bear” stock market. The good news: real estate is historically a much safer investment than stocks, due to less risk over a longer period. Houses, in general, will always be worth money — people will always need a place to live!

If you don’t plan to move soon, one thing to keep in mind is that a recession does not equal a housing crisis. There is always the urge to panic about house prices and rush into a decision, but prices only declined in two of the past six recessions. It’s more likely that average home prices will continue to grow, but at a slower pace than they have been lately. 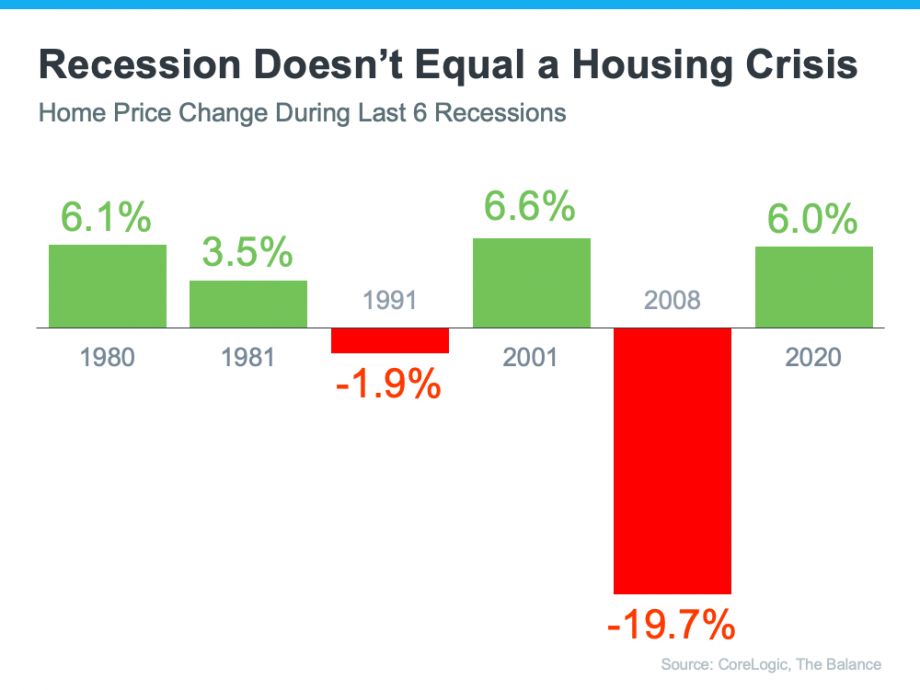 If you’re a seller looking to make a move, don’t let current changes in the market scare you out of doing what’s best for you and your family. A buyer’s market typically occurs if mortgage rates hit around 10%. A recession is currently imminent but should be gradual to start. However, in the words of Your Castle Real Estate founder Lon Welsh, “If you are a seller, this is the end of the party, so you should get there while you still can.”

Don’t let rising mortgage interest rates scare you out of making your move. These rising rates could be your friend since they have already begun to price less qualified buyers out of the market and have increased the inventory slightly. Plus, when you look at rates from a historical perspective, you can see that the current rate of about 6% in Colorado is historically low compared with the national averages of days gone by. Rates have a lot more room to go up than to go down. You can see from past data that if rates do get much higher than 8%, those changes could last as long as the next 20 years! If it makes sense for your situation, you might want to make your move sooner rather than wait for things to get more expensive down the road. Talk to a good lender about the pros and cons as soon as possible. It may benefit you to lock in a rate now before the Federal Reserve hikes them even more to help combat inflation. 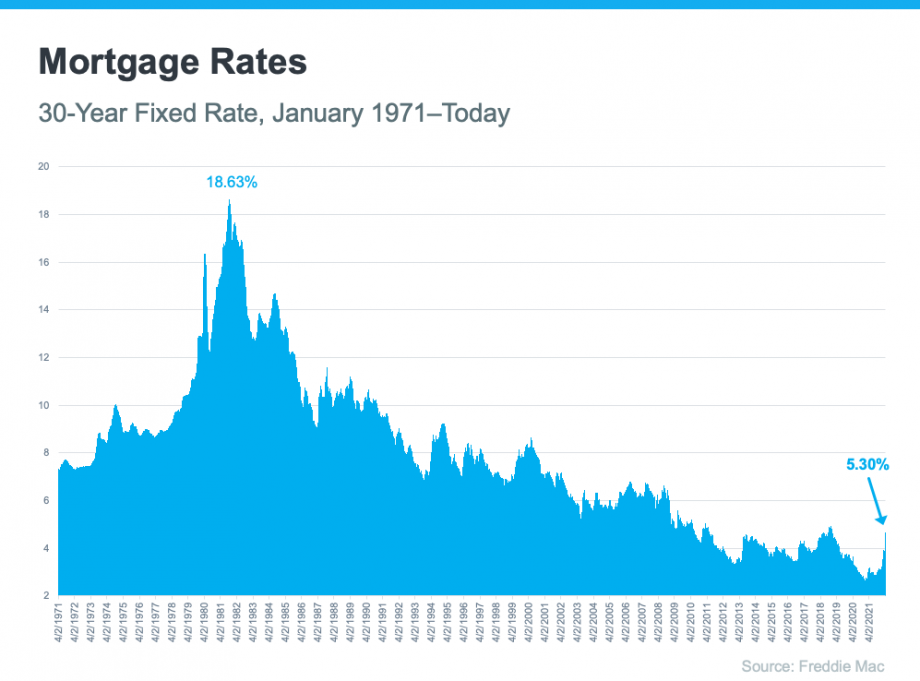 Also, take a look at this recent market snapshot: 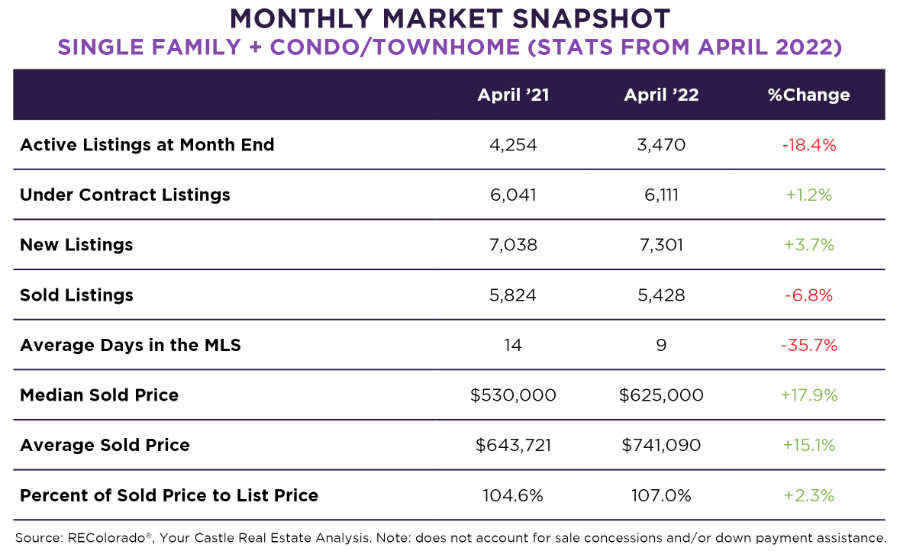 As always, we are here to help you use this information to your advantage. Reach out if you’re thinking about making a move!